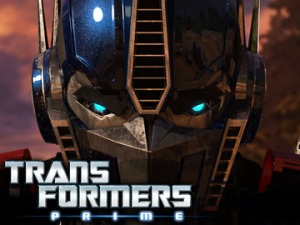 Animation such as Transformers Prime and My Little Pony, joins Netflix immediately with new additions to come!

The Hasbro content will be available on Netflix and included in the Netflix “Just For Kids” section. Netflix “Just For Kids” is a collection of TV shows and movies that is specifically selected for children 12 and under, making it easier and more fun for kids and families to browse and instantly watch a large selection of kid-friendly TV shows and movies within Netflix.

“We are very excited to be working with Hasbro Studios,” said Cindy Holland, Vice President of Content Acquisition at Netflix. “This deal allows us to offer even more great kids’ programming to our members, both adults and kids alike, including new seasons of My Little Pony, Transformers Prime, and Pound Puppies after the season finale airs on The Hub.”

“We are pleased that consumers will now be able to watch our award-winning programming on Netflix, the leading internet subscription service,” Hasbro Studios President Stephen Davis said. “We are making our content easy to access, anytime, anywhere and on all platforms where audiences are consuming content and this is a big step forward with our all screen strategy.”

Hasbro Studios is the Los Angeles-based television production division of Hasbro, Inc.  The studio develops and produces shows based on Hasbro’s world class brands, including TRANSFORMERS, MY LITTLE PONY, LITTLEST PET SHOP and SCRABBLE. Many of these shows air on The Hub, a television network for kids and their families. Studio programming can also be seen in more than 160 countries globally. The Hub is a joint venture between Hasbro and Discovery Communications.