Premiere Props seems to be trying to take their auctions to the next level and that is more evident with the upcoming “Extravaganza” auction.  683 lots will be up for bid, at least at the time of this posting as several lots have been removed since the catalog went up on icollector.

Props and wardrobe from recent film releases such as The Dark Knight Rises to Voyage to the bottom of the Sea will be featured in this auction. Pictured to the left is an item that will get Premiere Props much needed attention  a Screen Used Tom Hardy “Bane Mask” from The Dark Knight Rises. The Mask was obtained from the winner of the American Contest of the Blu Ray release and this mask is stated by Warner Bros to be screen used. The estimate on the Bane Mask is $7,000-$10,000 dollars plus 18% buyer’s premium.

Here are a few of lots that will be in the Hollywood Auction: 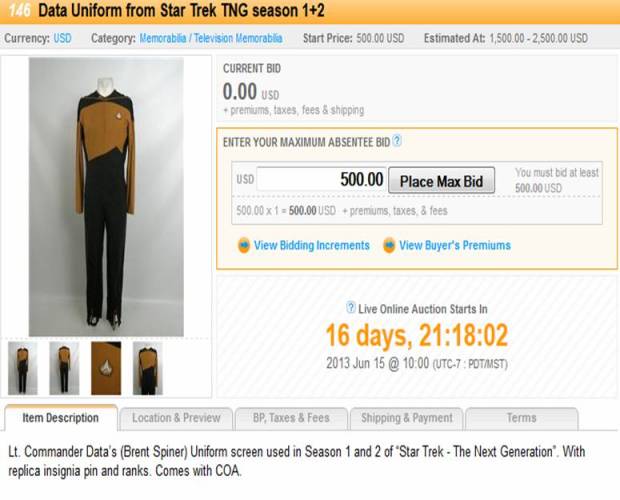