Hot off the press release comes a most excellent auction announcement!

Our friends at The Prop Block and The Prop Stop Blog have partnered to offer you an opportunity to bring the music home with an exclusive Bill and Ted Face the Music auction of props and costumes.

Bidding begins on Monday October 26 bidders can expect to see around 150 items from the movies production. Additionally its not just your standard props and costumes but the musical instruments used in the movie will be up for bidding as well. The auction will remain open for several weeks of bidding that will conclude on Sunday November 15, 2020. See the preview images below.

“Strange Things Are Afoot At The Circle K.”

The Bill and Ted Face The Music Auction will take place only on the auction site Icollector where you will register, view and bid on these items. I will link directly to the auction site once it is up.

For those that do not know there is close to fifty years of collecting experience when you combine The Prop Block and The Prop Stop Blog together. All items sold will come with a certificate of authenticity from The Prop Block.

Good Luck and BE EXCELLENT TO EACH OTHER!

Bill and Ted Face The Music was released in August 2020 with the Blu-ray release coming in November. The film was released by Orion Pictures/Hammerstone Picture.

About the film – The ruler of the future tells best friends Bill (Alex Winter) and Ted (Keanu Reeves) they must compose a new song to save life as we know it. But instead of writing it, they decide to travel through time to steal it from their older selves. Meanwhile, their young daughters (Brigette Lundy-Paine & Samara Weaving)devise their own musical scheme to help their fathers bring harmony to the universe. 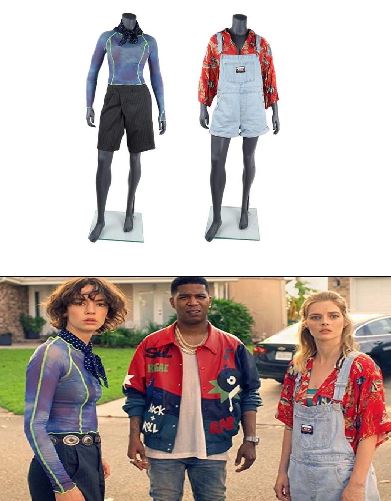