This cool prop from my collection is an “Alien Energy Pistol” from television series Star Trek: Enterprise. This Pistol was used in the Season 4 Series Finale episode 22 titled “These are the Voyages“.  This Pistol is one of 3 made for the episode of Enterprise to be used by the main “Bad Guy Aliens”. I have some good screen shots of the episode showing the aliens use the pistol on screen. I acquired this from another collector of Star Trek props, I’m very happy with the purchase. Below is the item description from It’s a Wrap on the Star Trek Auction Database. And yes pistol is spelled wrong….

STAR TREK: ENT “ALIEN ENERGY PSITOL” A prop weapon similar to those featured in various episodes of Star Trek: Enterprise. This prop weapon is a black, rubber cast pistol with gold-colored accents on the grip, along the barrel, and is generally based on the design of the 45 caliber pistol. The item measures approx. 11 X 6 X 1 inches. Item Number 4462.The prop comes with the COA from It’s a Wrap. 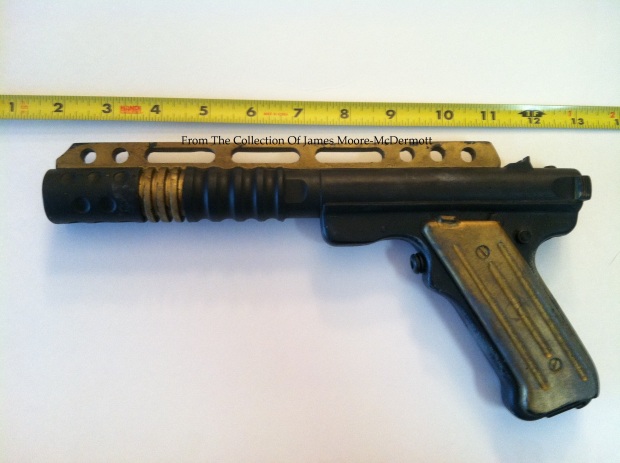 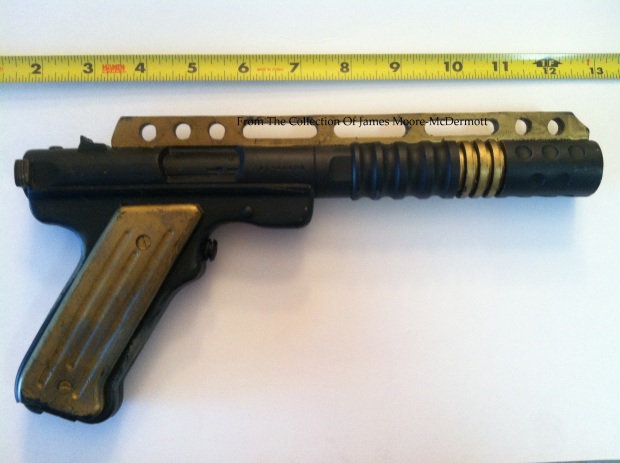 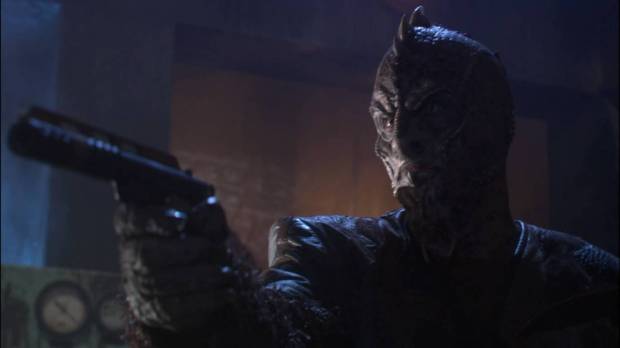 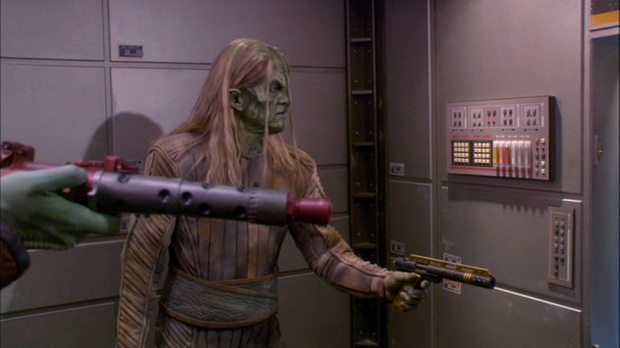