Released yesterday 6/28/13 The Profiles in History Hollywood Auction 56 catalog is packed with some very cool props! The Hollywood Auction 56 takes place over two days on July 28th and 29th both online , in person and via phone bidding. The Auction catalog is packed with around 988 items representing the early days of Hollywood to present. To view the lots that will be up for your bidding pleasure visit Profiles in History here or to download the catalog in pdf format click here. Day 1 of the auction lots 1-549  will be featured and on Day 2 lots 550-988 will be featured the on site/in person location of the auction is 6901 Agoura Road, STE 150, Calabasas Hills, CA 91301.

Items of note in this auction (there are lots more than whats listed here)…. 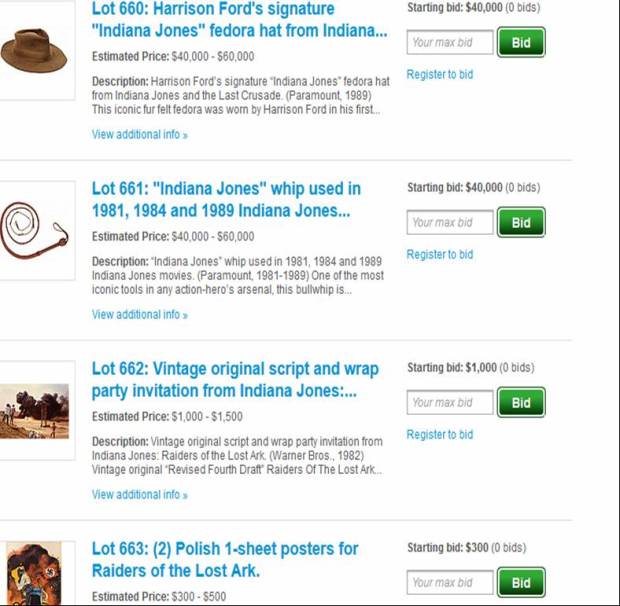