Do you miss The Office? Well here is your chance to own a piece of the much beloved series that ran on NBC for 9 seasons! VIP Fan Auctions has begun to list various props, costumes and production items from the hit series on Ebay. Items used by Steve Carell, Rainn Wilson, John Krasinski, Ed Helms, Jenna Fisher and more can be yours if the bid is right! Auction Listings run for 6 days on average and given that the show was on TV for 9 seasons; VIP Fan Auctions should be listing new items each week for a few months at least.

Based on the BBC series, NBC’s The Office is a  mockumentary on a group of typical office workers, where the workday consists of ego clashes, inappropriate behavior, and tedium. The Office ran from 2005 -2012.

VIP Fan Auctions is a top seller on Ebay selling items from the Stargate Franchise, Eureka, Desperate Housewives, Mission Impossible, Dexter , Elysium and more. You can visit VIP Fan Auctions Ebay here. All items sold are authentic as they come from the studio to VIP and are guaranteed authentic screen used unless noted by VIP. 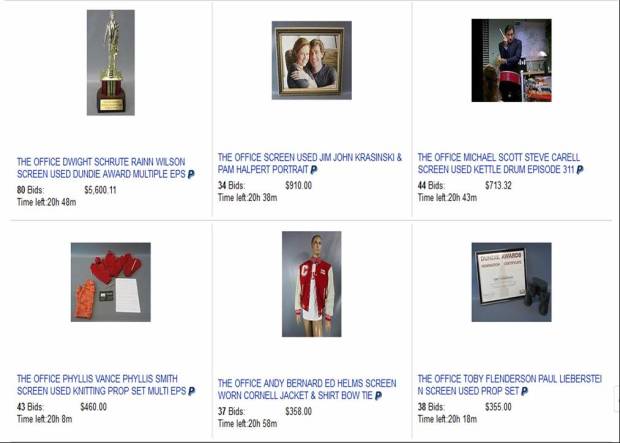