Cancer Gets Lost in partnership with Blacksparrow Auctions will be holding their annual TV and Movie Memorabilia charity auction on September 27th 2014.  The online charity auction benefiting the American Cancer Society will feature 455 lots, the majority of the items are from the Cult hit TV show LOST. As of September 1st the catalog is up and all 455 items can be previewed on the link listed below. You will definitely want to check out some cool items featured in this auction and its all for a worth while cause.

In addition to the LOST memorabilia other shows that have items featured in this year’s auction include Alcatraz, Alias, American Horror Story, Animaniacs, Arrow, Bates Motel, Breaking Bad, Community, Dexter, Dr. Who, Felicity, The Following, Fringe, Game of Thrones, Ghostbusters, Heroes, The Hunger Games, Intelligence, The Leftovers, Once Upon a Time, Orange is the New Black, Orphan Black, Pretty Little Liars, Revolution, Scandal, The Simpsons, Star Trek, The Strain, Super 8, Survivor , The Voice, The Walking Dead and Young & Hungry.

Cancer Gets LOST is a non-profit organization founded by Jared Wong and Jo Garfein to raise money for various cancer support charities through live events and auctions featuring rare and autographed pop culture memorabilia. We focus on channeling fandom toward the greater good! 100% of the proceeds from all CGL items sold in the auction will be donated directly to the American Cancer Society, and a portion of all proceeds from a few items consigned by Blacksparrow will also be donated to the ACS! All auction items will be very clearly designated as Cancer Gets LOST or consigned Blacksparrow items! 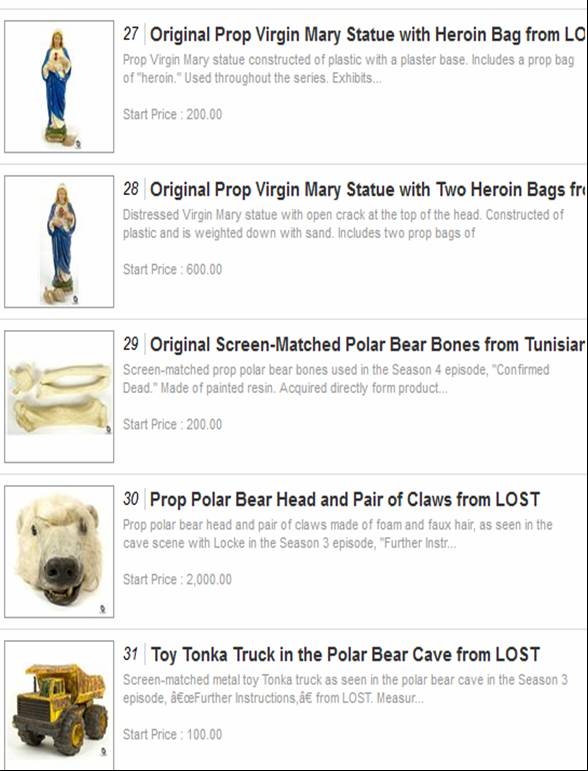