Bonhams auction house will be having an Entertainment Memorabilia Auction on Sunday March 1st, 2015. Bidders can participate in this live online auction at Bonhams.com , over 400 lots of TV/Film and Music memorabilia are set for bidding. The auction offers a variety of Vintage Movie Posters, Animation Art, Celebrity Autographs, Movie Wardrobe, Props, screenplays, music memorabilia and more.

A pair of Mr. T boxing trunks from Rocky III

TV/Film memorabilia up for your bid are A pair of Leonard Nimoy “Spock” ears from Star Trek V, A pair of Mr. T boxing trunks from Rocky III, A clapperboard used in The Lord of the Rings: The Return Of The King.

Featured Music memorabilia lots in this auction include A Beatles-signed copy of a With The Beatles album, A Kurt Cobain Nirvana set list, A Jim Morrison cowhide jacket worn at the Doors’ 1969 Madison Square Garden concert.

Visit the link below to view the entire catalog and to register for the Bonhams March Entertainment Auction. 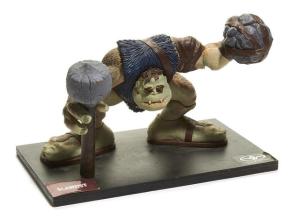