It’s been almost 18 years since the Fifth Element rolled out to theaters. Now Collectors Hype takes a look back at the props and costumes that helped create the now classic sci-fi hit. 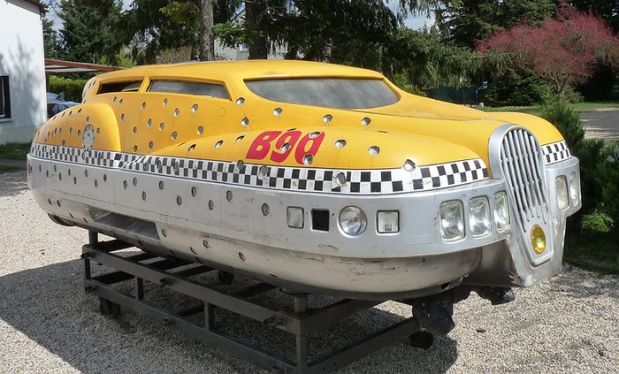 A lot of great early scenes were shot in this taxi pictured above, cool life size prop! This is the Korben Dallas taxi used in the film and was subsequently sold by a french auction house, would we love to drive home and see this in the drive way. The taxi was designed by comic book artist Jean-Claude Mézières. There was also a miniature taxi that was used in the action sequences, that would be cool in your prop room!

3)The Mangalore (masks and bodysuits)

These bad asses were ruthless but not so bright. Hired by Mr. Zorg these mercenaries didn’t always have the best of luck when they met Kroben Dallas. The creature design is amazing, many of the facial expressions and features were controlled my a dozen or so servo’s mounted in the mask.

Over the years I have seen the head for these up for sale or in auction. Actors who wore the Mondoshawan suits used mini TV monitors inside to see where they were going. Another great prop / costume that I admire for this film.

These prop stones, four in all were a huge part of the film. Korben Dallas, The Priest and others fought to keep these stones out of the hands of evil so that they may be return to Earth to help protect it from the evil that was coming.