Relive the adventure of Jack Bauer with the exclusive 24: Live Another Day auction thanks to VIP Fan Auctions. The 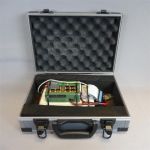 action/Thriller adventure and what it took to make it is all up for auction and if you bid right it can be yours. The “24” auction will feature props, costumes, set pieces and production items to start or add to your collection.

The auctions currently under way exclusively on Ebay feature props, wardrobe and set pieces .VIP Fan Auction items are listed over the course of weeks or months, the items typically run in 6 day open bidding format typical of Ebay auctions.

In London, four years after heroic Jack Bauer became an exile, he risks his life again in hope of 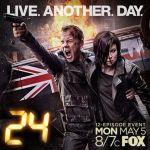 thwarting another unthinkable terrorist act. Bauer’s CTU confidante, Chloe, is now working underground with an infamous hacker, and James Heller is calling the shots as President of the United States. Tracking Jack are Steve Navarro, the head of the CIA, and agent Kate Morgan, a woman who proves to be both resourceful and ruthless. As the harrowing day progresses, Jack tries to avert a global disaster before itAll Posts‘s too late.

About VIP TV and Movie Auctions

VIP  TV and Movie Auctions is the leading studio re-seller of official Hollywood memorabilia. Since 2002, VIP has