Premiere Props is set to hold a prop and costume auction of memorabilia used in the TNT hit series Falling Skies.

Currently in its fifth and final season Falling Skies follows the story of Tom Mason (Noah Wyle) and the 2nd mass in their struggle against alien invaders the Espheni and their foot soldiers known as Skitters. The series finale is scheduled to air Sunday August 30th on TNT. Over 1000 props and costumes is set for this two day live auction taking place on Saturday, August 29 and Sunday, August 30 at the Premiere Props headquarters in El Segundo, CA. Special guests will also be live at the event so be sure watch it live on HollywoodLiveAuctions.com. Memorabilia for all five seasons will be auctioned off and include main cast costumes, various military style prop weapons, Alien weapons, Alien prop tech devices, full size “skitters” and a whole lot more. Bidding for this auction is online as well as via phone bidding, pre-bidding is now open just click on the link below. 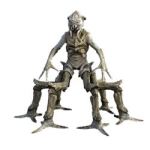 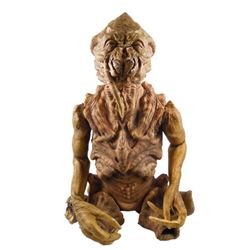