It’s that favorite time of the year for fans and collectors of horror prop and costume memorabilia! The Movie Prop 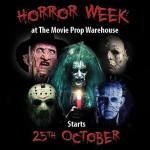 The movies that will be represented in Horror Week include A Nightmare on Elm Street, Friday the 13th, Halloween, Hellraiser, Texas Chainsaw, Bubba Ho-Tep, Insidious, Sinister, Saw and more.  I was lucky enough to receive some preview photos from John Page owner of The Movie Prop Warehouse showing some of the items that will be listed. 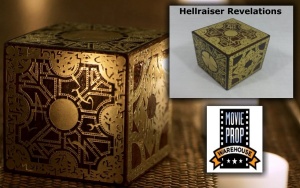 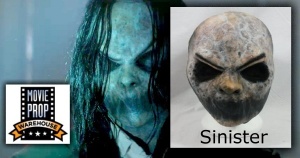 In addition to the listings there will be a horror competition through the facebook page of The Move Prop Warehouse for a £100 voucher, the winner will be announced on Halloween! https://www.facebook.com/The-Movie-Prop-Warehouse-121905557852722/ 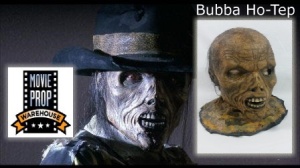 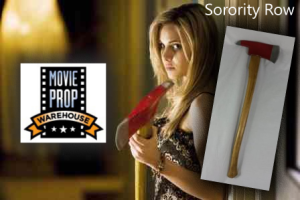 The Movie Prop Warehouse was founded in 2009 by movie prop collector John Page. A UK company based in North East England, an area rich in film history, with films such as Robin Hood: Prince of Thieves, Get Carter, Alien 3, Harry Potter all filmed on our doorstep. The Movie Prop Warehouse is particularly interested in items from any films either filmed or based in the North East of England