After one season with only 10 episodes on FOX the Minority Report TV series came to an end. With the end comes the liquidation of the various props, costumes and various production items. VIP Fan Auctions will be facilitating the auction of the many cool props and costumes from the short lived sc-fi drama/crime series.

The Minority Report TV series is based on Steven Spielberg’s film of the same name, this sci-fi drama follows an

unlikely partnership between a “precognitive” named Dash played by Stark Sands who is haunted by his future, and a shrewd police detective, Lara Vega played by Meagan Good.

The auction is currently underway on the Ebay page of VIP TV and Movie Auctions, see link below. The auction lots will run in typical Ebay format with a 6 or 7 day bidding period. Once the a bidding period has ended a new group of items will be listed for bidding every week until the production is sold out. 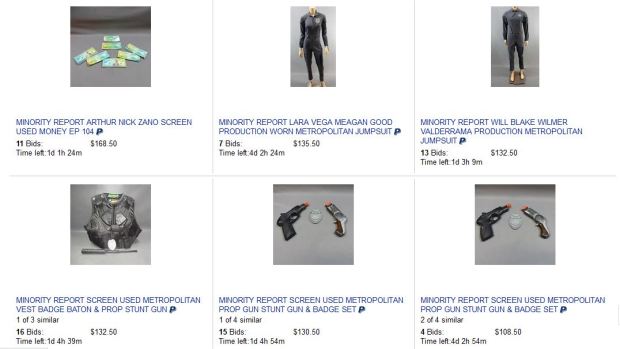