series Damien. Damien, from Fox 21 Television Studios and executive producer Glen Mazzara (The Walking Dead, The Shield), is a follow-up to the classic horror film, The Omen. The show aired for one season and stars Bradley James, Barbara Hershey, Scott Wilson, Megalyn Echikunwoke. Damien was not renewed for a second season recently thus the auction of production assets.

The Damien TV series auction is happening over at the Ebay page of VIP Fan Auctions. The auction lots will run in typical Ebay format with a 6 or 7 day bidding period. Once the a bidding period has ended a new group of items will be listed for bidding every week until the production is sold out. 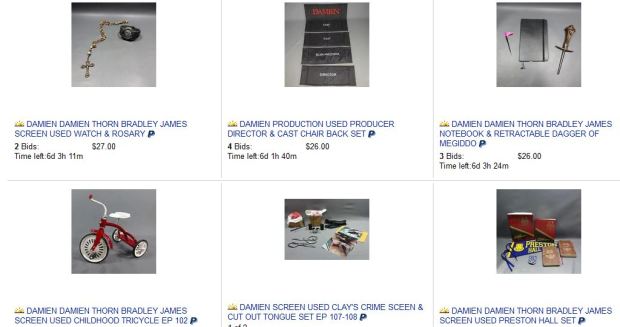 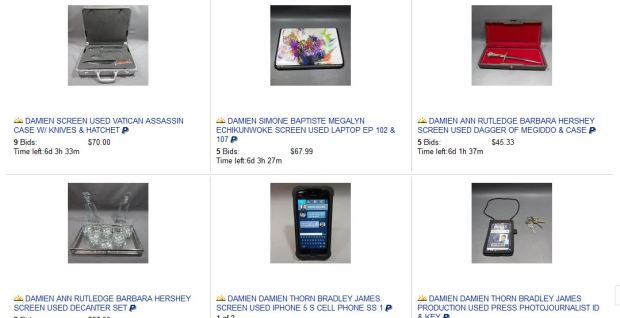