Our friend John Page over at The Movie Prop Warehouse in the UK recently acquired some items from the comedy horror series Crazyhead. The series available on Netflix streaming service follows Amy (Cara Theobold) and Raquel (Susan Wokoma) in their attempt to navigate their way through the choppy waters of their early twenties. All while simultaneously kicking the ass of some seriously gnarly demons.

So far 6 episodes have been made in the Crazyhead series however there are plenty of props, costumes and other demonic fighting screen used items you can easily obtain. The Movie Prop Warehouse listings started Monday October 22 with new items being listed daily. 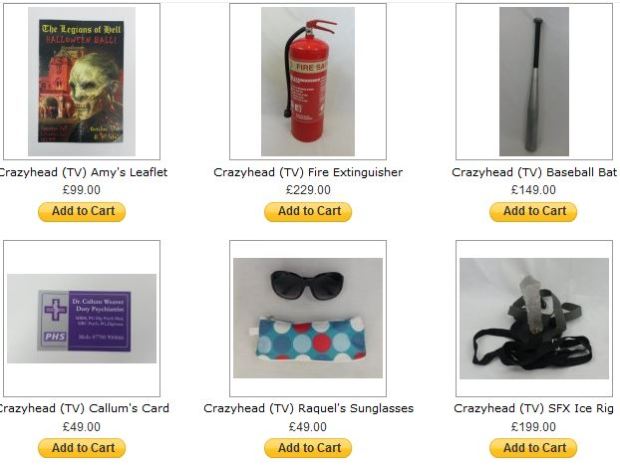