The HBO original series Sharp Objects television series auction is currently underway on Ebay. The auction presented by VIP Fan Auctions started on September 7th and runs through October 12th 2018. The weekly auctions feature props and wardrobe items that were utilized in the making of the series that aired on HBO.

Listings for the Sharp Objects television series auction will be spread out over the several weeks on Ebay. Each week VIP Fan Auctions will list a new group of items available for timed bidding. Each auction lot listed will be open for bidding over several days, typically 1 week. All items come directly from the studio and include a Certificate of Authenticity.

Based on the debut novel of the same name by writer Gillian Flynn (“Gone Girl”), the eight-episode series “Sharp Objects” stars Amy Adams, in her first major role on the small screen, as reporter Camille Preaker, who returns to her small hometown to investigate mysterious, unsolved crimes. Two girls are missing, one of whom was found dead and presumed murdered. As she searches for clues, Camille reunites with her estranged family — overbearing mother Adora, stepfather Alan Crellin, and half sister Amma — which rekindles traumatic childhood memories, including the death of her younger sister. Piecing together a psychological puzzle from her past, Camille begins to identify with the young victims a bit too closely. – HBO 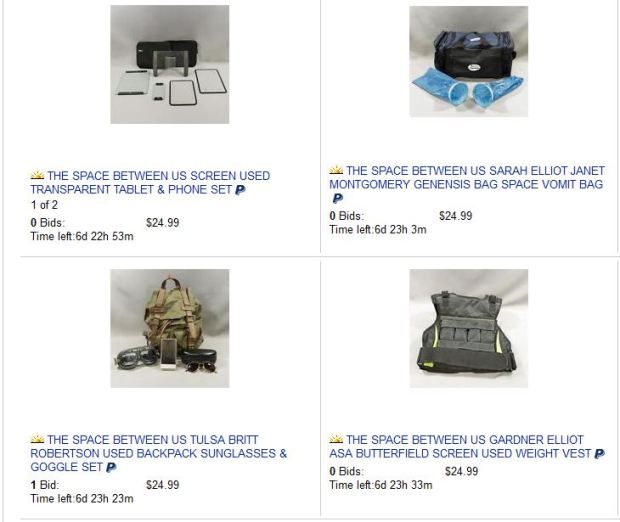