In a month filled with auctions the Prop Store launched their second auction featuring various items used in the production of the NBC hit television series Community. Community: Back to School auction started on February 6th and will run until Wednesday February 20th 2019. The 318 lot has a variety items from the entire six season run of the show that aired on from 2009-2015. 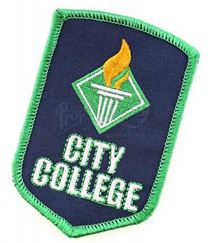 About Community: When fast-talking lawyer Jeff Winger (Joel McHale) finds his degree has been revoked, he is forced to go back to school at Greendale Community College. Hoping to score points with a pretty coed, he invents a study group and invites her to join it. Imagine his surprise when she’s not the only one who shows up for help with Spanish from the “board-certified tutor” he proclaims himself to be. Though his command of the language is anything but good, the members continue to meet and end up learning a lot about themselves. – NBC Television

Community: Back to School auction is open for bidding now only on the website of the Prop Store.