Hitting the auction block this week over at the eBay sales of VIP Fan Auctions is the E! Network Original Scripted Series The Royals!

After 4 seasons on the E! network The Royals met it’s end as the network cancelled the Lionsgate produced series. As a result of the cancellation fans have the opportunity to get their hands on props and costumes used in the series. The props and costumes are amazing as you would expect from a show about a royal family, form crowns and jewelry to amazing dresses over 350 items will be featured in a series of weekly auctions.

The Royals Auctions will run from February 26th through April 9th with new items being added every week in auction format. All items come directly from the studio and include a Certificate of Authenticity. See the eBay auction link below.

About The Royals – Power is everything, there are no limits, and trust is nonexistent for the royal family featured in this drama series. Queen Helena and King Simon try to present an aura of class and grace to the public, but the truth of the family’s life is much different, as tainted politics and family issues threaten to cause chaos and turmoil for the royals. The monarchs’ rebellious daughter, Princess Eleanor, provides lots of fodder for the tabloids with a life full of activities that include sex, drugs, and even hung-over helicopter rides. Her twin brother, Prince Liam, is a playboy who takes full advantage of being one of the planet’s most eligible bachelors. It’s a life Liam enjoys until his older brother — and heir to the throne — dies, making Liam next in line to inherit the throne. With that distinction comes much scrutiny, putting a crimp in his womanizing ways. After Simon’s death, paternity questions about Liam lead to Simon’s brother, Cyrus, ascending to the throne. The cast of The Royals includes Elizabeth Hurley, William Moseley, Alexandra Park, Tom Austen, Merritt Patterson, Jake Maskall, Oliver Milburn, Vincent Regan, Max Brown and Genevieve Gaunt.

About VIP Fan Auctions – For close to 20 years, VIP Fan Auctions has partnered with television and film studios to offer props and wardrobe items from popular productions. VIP provides access to the largest worldwide marketplace through its top-rated auctions with a 100 percent positive customer feedback rating. VIP offers fans weekly access to entertainment collectibles as the auction partner of Hollywood’s largest entertainment studios at vipfanauctions.com. 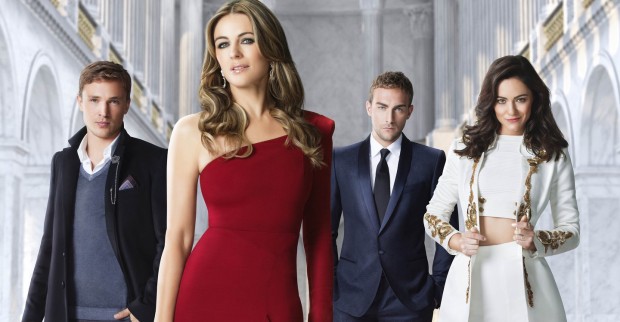