The Prop Store‘s next auction will be the Harry Lange Star Wars Collection. The auction collection is made up of 70 lots of hand-drawn concept art, production stills and more from the legendary Art Director and Production Designer Harry Lange. Starting on April 5th 2019 and running through Friday April 19th 2019 those interested can register and bid on some amazing Star Wars history. A one of a kind catalog will also be for sale on the Prop Store website.

Harry Lange worked on many iconic films in his career either as a an Art Director, Production Designer and Set Decorator. He worked on The Dark Crystal, The Great Muppet Caper, 2001: A Space Odyssey , James Bond: Moonraker, Star Wars: Episode V – The Empire Strikes Back and Star Wars: Episode VI – Return of the Jedi. Lange also worked on Star Wars Episode IV but was uncredited. Harry Lange won BAFTA Award for Best Production Design and was nominated for an Oscar.

To Register, View and Bid on the auction visit the Prop Store website. 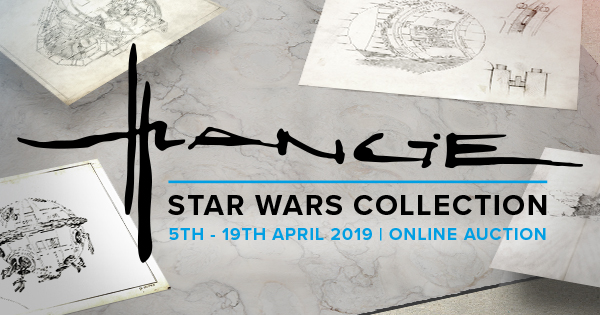