Next up for VIP Fan Auctions  this week is the “My Spy” movie auction that starts on Friday June 26th. My Spy stars Dave Bautista and Chloe Coleman will be released by Amazon Studios in the U.S. on Amazon Prime the same day as the auction starts.  Information provided by VIP Fan Auctions indicates over that over 125 items including screen-used wardrobe and props from the movie will be featured. The auction will run June 26 to July 17, 2020.

About My Spy: Nine-year-old Sophie (Chloe Coleman) catches JJ (Dave Bautista), a hardened CIA operative, spying on her family during a routine surveillance operation. In exchange for not blowing his cover, JJ begrudgingly agrees to show the precocious girl how to become a spy. What at first seems like an easy task soon turns into a battle of wits as Sophie proves you don’t need much experience to outsmart a seasoned agent. – MWM Studios

VIP Fan Auctions will list a limited number of items for bidding each week. The bidding time is typically 7 days ,once the auction closes a new group of items are listed. Check back with the auction often to see and bid on new items. All the items sold in the My Spy auction come directly from the studio and will come with a studio Certificate of Authenticity.

Since 2002, VIP has offered television and movie memorabilia from Hollywood’s largest entertainment studios including Universal Pictures, ABC Studios, NBCUniversal, Twentieth Century Fox, SyFy, Paramount Pictures, MGM and many many more. VIP Fan Auctions is also well known for shipping upon cleared payment so if you are in a hurry to get your win just pay them as quickly as possible. Enjoy the My Spy auction and Good Luck! 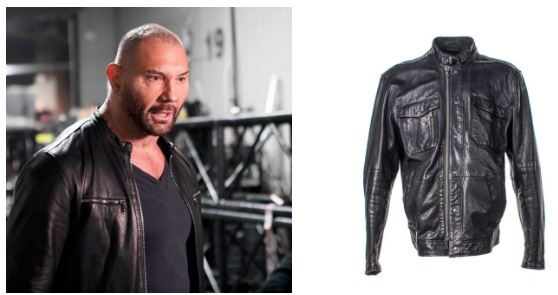