Los Angeles- November 14th, 2020- Profiles in History is proud to announce the 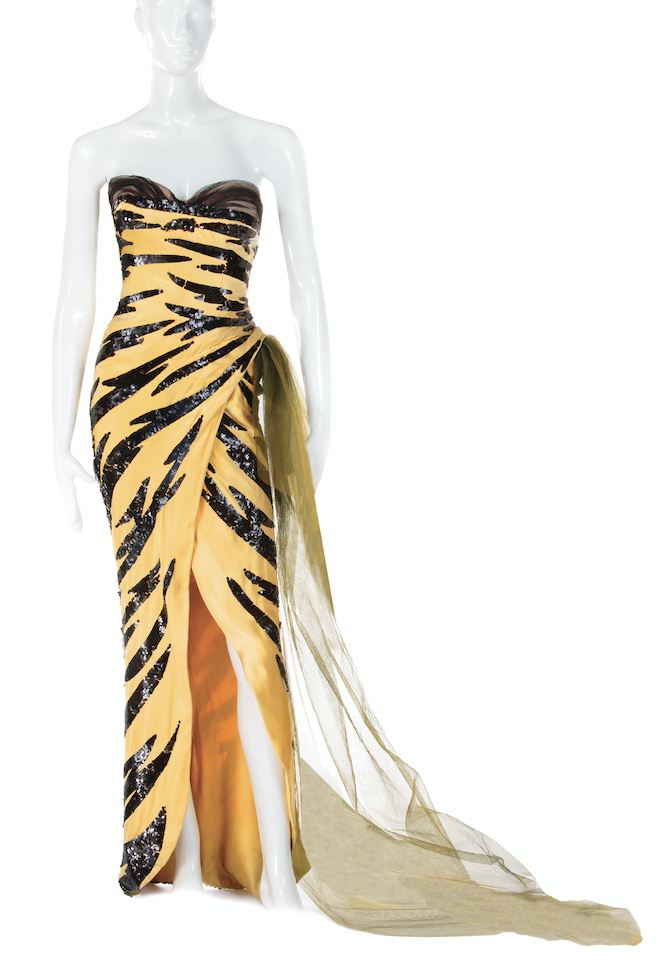 blockbuster sale results from their Icons & Legends of Hollywood Auction. The sale grossed in excess of 6.3 million dollars! The auction was held November 12th & 13th 2020 in Los Angeles.

The screen used “Rudolph” and “Santa” puppets from Rudolph the Red-Nosed Reindeer sold for $368,000. They are pictured below.

Marilyn Monroe’s Gold Gown that she wore while she met Queen Elizabeth II at a 1956 film premiere in London sold for $294,400. It’s pictured below.

An R2-D2 used for promotional and personal appearance events sold for $162,500.

Vivien Leigh’s “Scarlett O’Hara” traveling dress from Gone with the Wind sold for $150,000.

Jack Pierce’s Hollywood Filmograph Award for “Best Makeup” for the 1933 Boris Karloff version of The Mummy sold for $102,400.

Three rare early production scripts for the 1933 version of King Kong sold for $93,750.

A golden ticket from Willy Wonka and the Chocolate Factory sold for $81,250.

The Clown doll prop from Poltergeist sold for $75,000.

ABOUT PROFILES IN HISTORY…
Founded in 1985 by Joseph Maddalena, Profiles in History is the world’s largest auctioneer & dealer of original Hollywood Memorabilia, historical autographs, letters, documents, vintage signed photographs and manuscripts. Born into a family of antiques dealers in Rhode Island, Joseph “Joe” Maddalena learned early on how to turn his passion of collecting historical autographs into a career. Upon graduation from Pepperdine, Joe pursued his passion to become a full-time dealer of historical documents, and opened his first office in 1985.