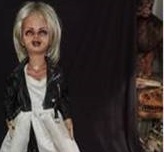 It’s coming close to that time again for Horror Domain/ Prop Domain Auctions on icollector. This time around there is more then just movie and television props up for bid.

One featured item is the actual Ice-T guitar featured in “CopKiller” Video and the only one played on stage “this was the only one made, and have irrefutably Screen Matched this to the original 1992 video, and other live footage” according to the auction listing. The opening bid is set for 2,000 dollars! In addition to the Ice-T memorabilia are some props that were used by Marilyn Manson such as severed body parts.

The Walking Dead prosthetic items will be in this auction along with some items from the hit television show HOUSE M.D.  Another wonderful item is 1 of 3 HERO Tiffany dolls created for the cult hit Seed of Chucky! The opening bid on the “Tiffany Doll” is 1.00 however the estimates are 20,000-25,000 so I doubt that this incredible item will be let go for less than 15,000.

Also in this auction are items from Dinosaurs, Blade Runner, Resident Evil, Friday the 13th, True Blood, Blade 2 and more!

The auction takes place May 18th on icollector.com with a start time of 1pm pst. Don’t forget you will need to register in advance or the day of to be able to get your bid in. As of press time there are 159 lots in this auction sometimes lots are added later. 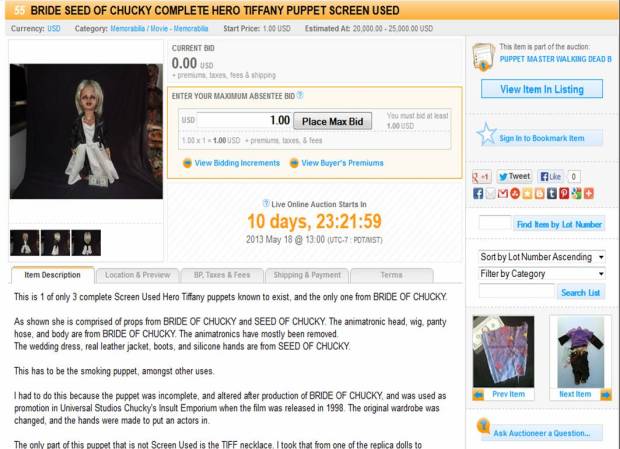