Piece of the Past Celebrity Memorabilia Auction will be taking place on icollector.com on Monday October 21st 2013. 248 lots of memorabilia ranging from Music and Celebrity autographs to a several movie props and wardrobe pieces will be up for bid.

Items in the auction include:

About Piece Of The Past Auctions

Piece of the Past, Inc. prides itself in being able to offer authentically signed photos and other memorabilia to the public through our exclusive website auctions. From Hollywood royalty to up-and-coming new stars, chances are you’ll be able to find whatever you’d like for your collection with just a few clicks of your mouse. We’re always here to answer questions about material and we also take requests, so if you’re looking for something special, please feel free to ask. We’re looking forward to helping you. http://www.pieceofthepast.com 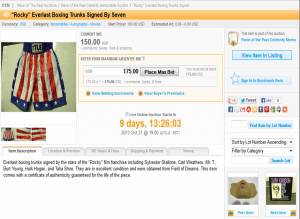 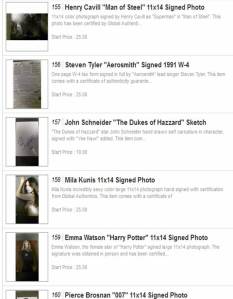 My Tweets
Join 411 other followers