I must say RR Auctions really do a wonderful job putting together their auctions and the upcoming Hollywood auction is just as exciting as all the rest. I have reviewed the catalog for the Hollywood auction and it is jam packed full of goodies for a variety of collectors. RR Auctions is a very good company to deal with as I participated and won in the January Hollywood auction and was more than pleased with the service and the shipping time it took to get the item to me.

The Hollywood auction opens up for bidding on the RR Auction site on Thursday June 19th and runs through Wednesday June 26th at 6pm.

There are a lot of good quality items in the auction some of the highlights include:: 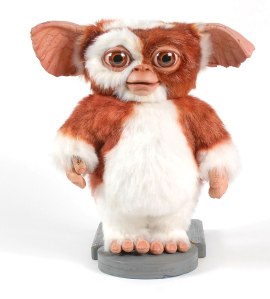 Headquartered in Amherst, NH, RR Auction is globally recognized as the trusted source for authentic autographed memorabilia and rare signed documents. Since its inception in 1976, the firm has published over 360 consecutive monthly autograph catalogs, which are distributed internationally. The firm recently auctioned the autographed photo of Albert Einstein with his tongue wagging for a record $74,340 and the check astronaut Neil Armstrong signed the day he left for the moon for $27,350.