Prison Break has returned after a 7 year absence from the small screen in the form of a limited run mini series. The returning hit show starring Wentworth Miller and Dominic Purcell is now airing on

the Fox Television Network, Check local listings for times and channels. With that being said its time to mention that our friends over at VIP Fan Auctions are now listing props, costumes and various other production items used to make the “sequel” to the Fox hit series.

The Prison Break TV auction is on the eBay site for VIP Fan Auctions. The auction lots will run in typical eBay format over a 6 day bidding period. Once the bidding period has ended a new group of lots will be listed every week until production is sold out. The Prison Break auction is slated to run from Friday April 14th through Friday June 23rd 2017. Seems like there is a lot to be sold off from this production including items either used or worn by the main cast members so don’t miss out! 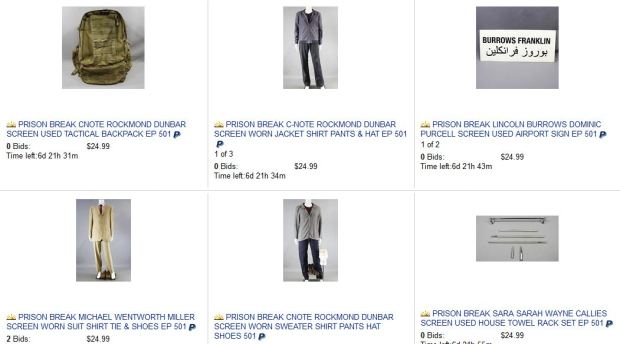