October 2014 is set to be a big month as far as prop auctions are concerned and Profiles in History’s Hollywood Auction Event week wraps up with a special auction featuring items from the action movie franchise The Expendables.  The October 20th auction is a partnership between Profiles in History and Nu Image / Millennium Film’s that offer’s up some memorabilia action movie junkie’s are gonna love. The Expendable auction pretty much offers everything from weapons to actual full sized screen used vehicles and set pieces (see images).

There will be additional movies with memorabilia pieces offered up in this auction from The Legend Hercules, Conan the Barbarian (2011), Ninja, Olympus has Fallen and Homefront. In all the Expendables portion of the Auction on October 20th has 252 lots, bidding is available online, by phone and in person.

The full Expendables auction catalog can be found on the Profiles in History website.

From the Expendables catalog:

Some of the highlights from this historic Expendables offering are: 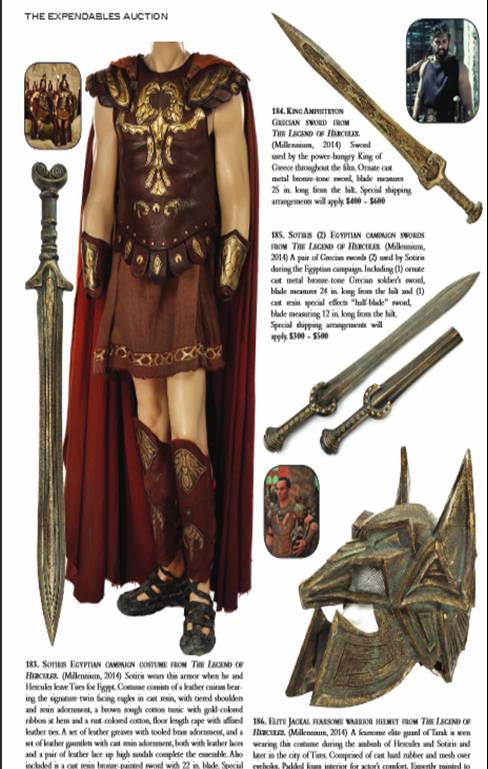