Attention TV fans! Screenbid recently announced that their next auction will feature props, wardrobe and set 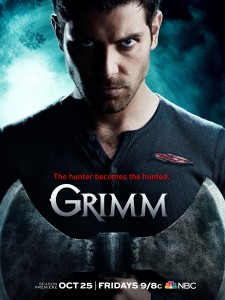 decoration from the NBC hit TV series GRIMM. Grimm will wrap up 6 successful seasons on the air March 31st 2017. Immediately following the series finale Screenbid will open up the auction for bidding on their website.

About GRIMM- Portland detective Nick Burkhardt, descended from a long line of warriors known as Grimms, defends his city from magical creatures known as Wesen, which are part human and part animal. Fighting alongside his partner, Hank, colleague Sergeant Wu and friends Monroe and Rosalee, Nick faces off against internal and external forces, including his police captain, Sean Renard.

The lot previews, the full catalog and registration can be found on the website here https://www.screenbid.com/. The GRIMM auction has a 24% buyers premium on top of the hammer price. In addition regardless of shipping method, ScreenBid assesses a $14.95 per item handling fee (US) or $24.95 per item shipped outside the United States, plus all shipping fees.