I do enjoy this yearly tradition of writing the blog post of the annual LIVE AUCTION event put on by the fine team over at the Prop Store. This will be the sixth consecutive year that the leading original entertainment memorabilia retailer and auction house will be hosting their annual LIVE AUCTION of Film and Television Memorabilia.

Over the past years I have seen this auction from the Prop Store grow and grow. Last year we saw a very rare original screen matched Han Solo Jacket from Star Wars The Empire Strikes Back featured in the auction. There are over 900 lots valued at an estimate of $7.5 million that will be sold in this year’s amazing two day auction event.

A favorite of mine is the working radio controlled ghost trap with foot pedal from the Ghostbusters movie. Original Ghostbusters 1 & 2 Jumpsuits worn by Dan Aykroyd as Ray Stantz’s and Harold Ramis as Dr. Egon Spengler are in this auction.Other Ghostbuster items are a Stay Puft Marshmallow Bag, Slimer Finger Tips, a production made proton pack shell, See slide show below.

The LIVE auction will be taking place on Monday September 30 and Tuesday October 1st 2019 in Waterloo, London. The auction will be live-streamed online each of the auction days. You can bid in person, by phone, absentee or online exclusively at the Prop Store website.

For my UK readers there will be a free preview exhibition that will be open to the public in the run up to the auction, opening on Wednesday September 18 – Tuesday October 1st 2019 at the BFI IMAX Waterloo, London, England SE1 8XR from 10:00am to 9:30pm. The Prop Store will be showcasing around 250 lots from the upcoming LIVE auction event. Be sure to check it out if you are in the area it also makes for a nice friends or family day trip, see a movie and check out some props.

What I like about the Prop Store’s annual auction is that with over 900 items all price point’s and budgets are represented, the same as previous years. This allows more people to participate and own something used in the making of their favorite television or movie. Some of the least expensive lots include a Willy Wonka Golden Ticket Announcement Poster from Tim Burton’s CHARLIE AND THE CHOCOLATE FACTORY (2005) estimated at £300, and a Mr DNA Animation Cel Autographed By Steven Spielberg from JURASSIC PARK (1993) estimated to sell for £600 (see slideshow above).

The Prop Store team also put together an incredible full color catalog that is available to purchase on online. You can also view all the lots in this auction, register to bid and bid online all exclusively at the Prop Store’s website.

Top items to be sold at the Prop Store auction (with estimated sale prices) include: 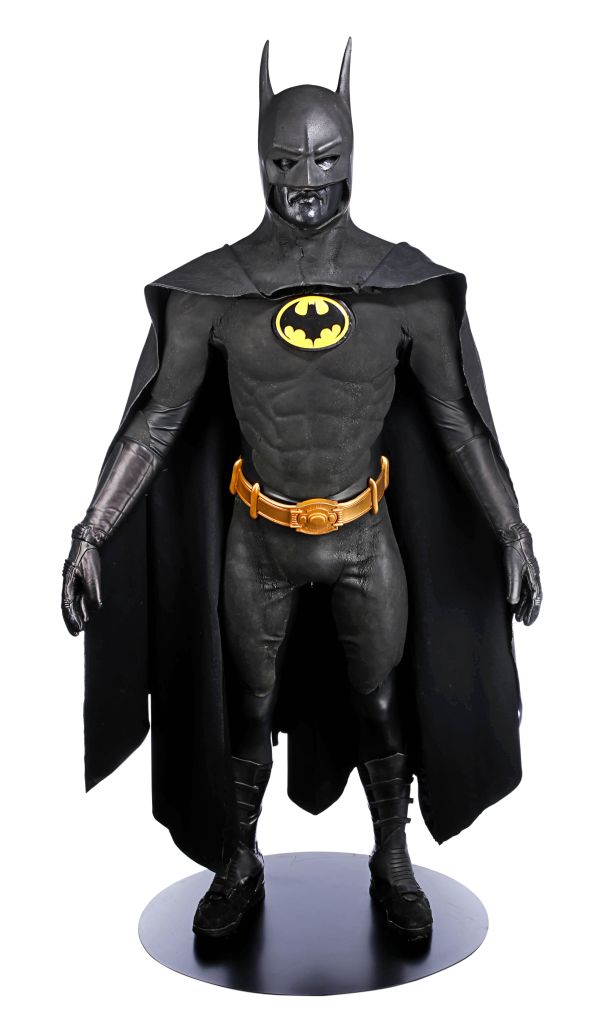