launched by Julien’s Auctions. “That Pop Culture Show” is scheduled to be a weekly roundtable talk show with collectors, celebrities and experts hosted by Kody Fredrick and Jason DeBoard.

The discussions will focus on the many aspects of pop culture memorabilia collecting from Film, Television, Music, Art, Comic Books and more. Viewers will also get to see some artifacts from many amazing collections and careers. Check out the links below to watch episodes of That Pop Culture Show! 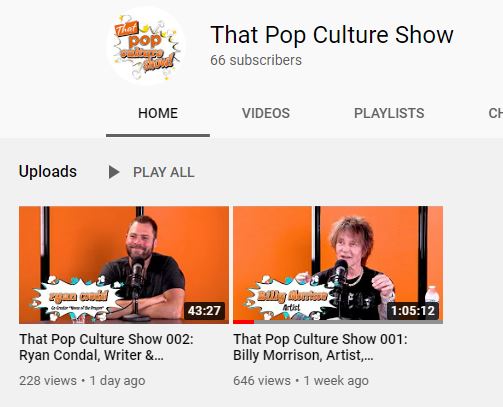