Bonhams Auction Entertainment Auction 19801 was December 12th featuring a wide assortment of Entertainment Memorabilia. Here are the results for some of the lots I found interesting, to review the entire list of auction results you visit Bonhams website.~

Lot 101 Indiana Jones and the Last Crusade: An original concept design for the ‘Cross of Coronado’ and a pre-production set design for the Jones residence study, 1989, together with another crucifix design, £1,250 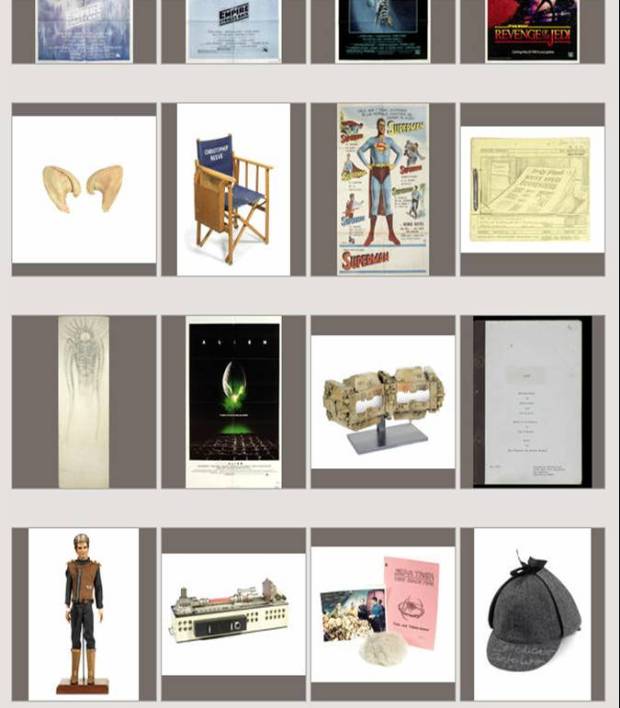