It’s been 25 years since the “OG” Stargate premiered in theaters thanks to the duo of Dean Devlin and Roland Emmerich. The 1994 movie starred James Spader (Dr. Daniel Jackson), Kurt Russell (Col. Jack O’Neil) and Jaye Davidson (Ra) in this first of its kind science fiction fantasy. The mythology of the original 1994 movie has lead to several televisions shows Stargate SG1, Stargate: Atlantis, Stargate: Universe, Stargate Origins and a couple of direct to video movies.

Now for one week only VIP Fan Auctions is holding an auction featuring over a dozen items from the original 1994 hit movie such as “multiple models that were created by the legendary prop house Distortions Unlimited, which was provided the master foam molds from Stargate following the production of the film. These include the distinctive mask and headdress of Ra, the head of a Mastadge beast from Abydos, the eagle helmet (with robot eye) of Horus, a model of Anubus and more”.

“The mythology of Stargate has endured for 25 years thanks to a timeless story, groundbreaking special effects, and legions of passionate fans, VIP Fan Auctions is proud to bring these rare collectibles to fans of Stargate.” said VIP Fan Auctions Managing Partner Mark Kaminky. 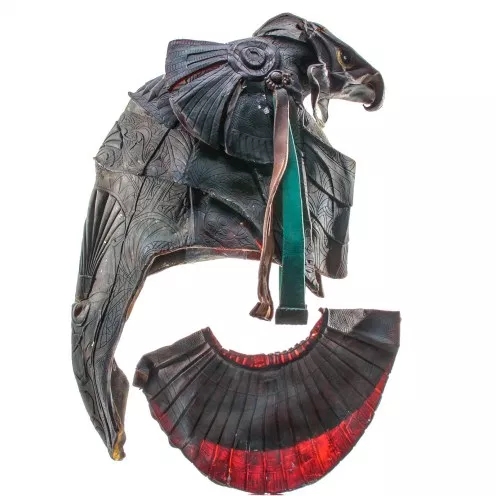